Every month we can see new phones, so ratings published 3-4 months ago are irrelevant. It’s time to update the review of smartphones bellow $300 with NFC chips. Immediately make a reservation: the rating is subjective and based on users feedbacks.

The best phone you can by with NFC – Honor Play with a flagship SoC HiSilicon Kirin 970 and Android 8.1 OS running under the EMUI. The phone is positioned as a gaming device because of the GPU Turbo technology, which has become available with the new firmware EMUI. GPU Turbo optimizes the game, but it doesn’t proceed performance.

Honor Play looks like a dozen of other phones, so in terms of design it is completely standard. This is a large phone with a 6.3-inch screen with Full HD + resolution. Yes, there is an NFC chip for payment via Google Pay, that works stably. On the back there is 2-module camera with resolutions of 16/2 MP. The second camera is the depth sensor, which is responsible for background blurring. And in general, the camera is excellent, better than the newer Huawei Mate 20 Lite with the same price.

Bluetooth 4.2, Wi-Fi 5 GHz and USB Type-C connector included. Battery – standard, with a capacity of 3750 mAh, plus you get 18-watt charger in the kit, that charges the phone up to 35% from zero in 30 minutes. The device is autonomous and provides 25 hours of communication in the 3G network and 11:30 hours of video playback.

In September 2018, Samsung showed its mid-range phone, the Galaxy A7, that received 3 rear cameras. Plus, the smartphone is made of glass, which gives it a flagship design, although in reality it is a middle segment device. 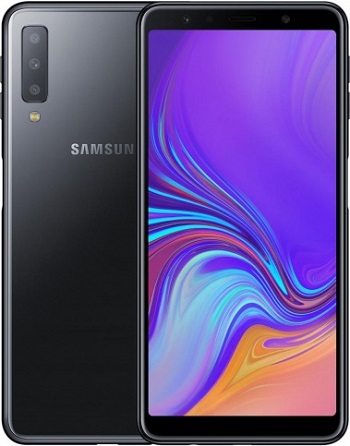 The smartphone got a 6-inch Amoled screen covered with Gorilla Glass, NFC with Samsung Pay technology, as well as Bluetooth 5.0 wireless module, Wi-Fi AC standard, even a 3.5 mm headphone output. But the main thing is the block of cameras:

Thanks to the three modules, the phone can blur the background and take pictures with a wide-angle camera. Of course, additional modules do not improve the quality of the photo, but capturing more space on a wide-angle lens is cool.

Also there is good 14-nm processor Exynos 7885, that in terms of performance inferiors to competitors, but provides fast work when performing simple tasks.

The disadvantage is micro-USB interface charging. This is an old interface, therefore, fast charging is not available, plus disgusting headphones are included. Other problems: you will not find protective films on sale, there is no LED indicator for notifications, the fingerprint scanner does not work quickly all time.

Definitely, the Samsung A7 2018 with an Amoled-screen and wide-angle optics is an excellent device, so it is recommended for buying.

If you don’t like large phones with screens larger than 6 inches, and you are looking for a compact device that would fit comfortably in your hand, then look towards Nokia. Model 7.1 received an NFC chip for binding a bank card and contactless payment, it looks very cool and costs less than its competitors.

There is a Snapdragon 636 processor inside, that showed great performance on Xiaomi Redmi Note 5, and then on Note 6. The IPS-screen is a 5.84-inch, covered with scratch-resistant Gorilla Glass and HDR support. The phone was produced with quality materials (aluminum + glass), supports 2 sim cards. Ot the back – two cameras with a resolution of 12/5 megapixel and f / 1.8 aperture.

Also, the device got a 3060 mAh battery, USB Type-C connector, 2-band Wi-Fi, Bluetooth 5.0. 18 W adapter is included it the kit, it charges the smartphone from zero to 45% in 30 minutes. Plus, the phone is autonomous and withstands 22:50 hours of talking in 3G-network and 11 hours of surfing the Internet at a brightness of 200 nits. And most importantly, Nokia 7.1 runs on the Android One OS, so it gets new updates very quickly

Nokia 7.1 is a great smartphone with NFC for little money. It is inferior in performance and quality of photography to the previous devices in the TOP, but its price is lower and the size is smaller. 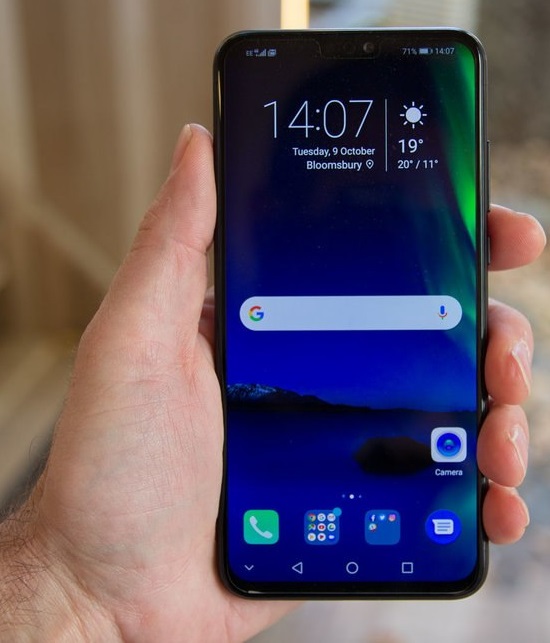 Honor 8X is a large phone with a 6.5-inch screen and Full HD + resolution, so it’s really uncomfortable to hold it in your hands. It is made in glass, supports 2 sim, inside – processor HiSilicon Kirin 710. This is a new middle class SoC, which is stronger than its predecessor Kirin 659, although it does not reach the level of the Kirin 970. Also, the phone has 4 GB of RAM and 128 GB of memory (there is a version with 64 GB), plus there is a separate slot for a flash drive, that you can use with a secondary sim-card.

On the back there are 2 cameras with resolutions of 20 and 2 megapixels. An additional sensor is responsible for the depth. The aperture is f / 1.8, so the photos in daylight are great, but at night noises are guaranteed.

As for the flaws … in the reviews, users talks about the poor quality of video recording and mono sound, dim notification indicator, noisy photos when shooting in low light, slippery body.

New device Mate 20 from Huawei line completes the TOP. A Lite version is available below $300 with a 6.3-inch screen, two cameras and a Kirin 710 processor. The same chip is installed in Honor 8X and in fact these smartphones are not much differ from each other. 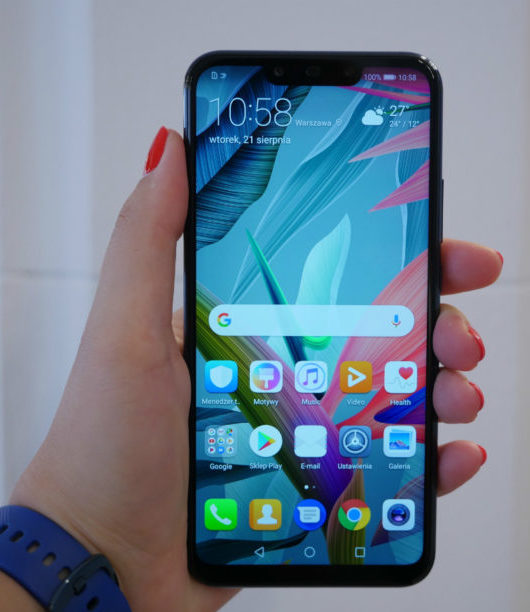 The phone is made in a metal case, it is equipped with Full HD + Amoled-screen, a battery with a capacity of 3750 mAh, and most importantly – a USB Type-C interface, therefore, fast charging is also available. There are 2 front cameras here, second sensor allows you to blur the background when shooting on the front camera, although most modern smartphones can do this even with a single camera.

Huawei Mate 20 Lite is not bad by itself, but the Lite version is far from the full-featured Huawei Mate 20 and especially the Mate 20 Pro. It is more expensive than the above-mentioned Honor 8X, although the differences between the phones are minimal.