People who often drown their smartphones, need to buy a model with protection IP68. Such phones withstand immersion under water to a depth of 1 meter, but there is no mechanical protection against shocks and falls. On the market you can find a lot of devices made in impact-resistant cases with IP68 protection, but most of them are weak in terms of hardware. So next – TOP 5 smartphones with protection class IP68.

The best flagship with IP68 water protection you can find is Huawei Mate 20 Pro. At the end of 2018, this is the best device, even if you remove the case protected from water. It has everything users need, including the world’s coolest mobile cameras, a technologically advanced 7-nm Kirin 980 processor, Amoled screen, great sound.

Having a waterproof case, the phone is lightweight and very thin, it fits comfortably in your hand. Main parameters:

The Huawei Mate 20 pro is an expensive phone, but it combines the latest mobile technology and is equipped with the world’s best mobile camera. And if you are looking for the coolest flagship with IP68 class protection and ready to pay one thousand + dollars, then feel free to take a Chinese by Huawei.

Apple’s flagships have always been in the center of attention. In 2018, the American manufacturer also presented cool smartphones, made in waterproof cases, corresponding to IP68 protection class. 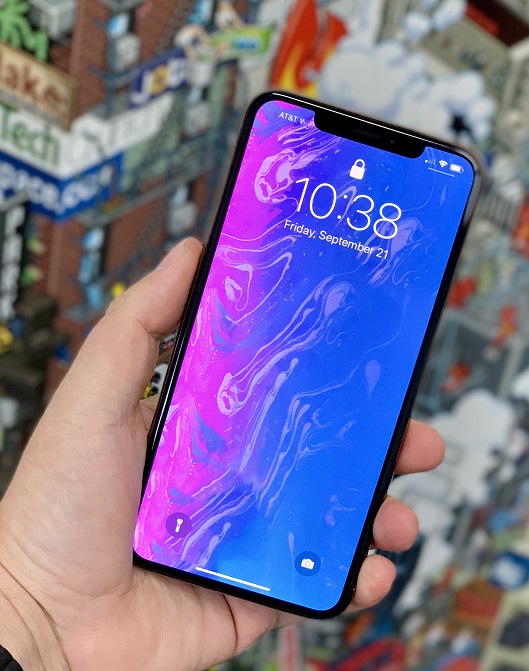 The smartphone is cool, but very expensive. It uses the latest 7-nm processor Apple A12 Bionic, which scores more points than Kirin 980 in Antutu. However, comparing these chips is not quite right, as they are designed for different software platforms.

iPhone XS Max got the 2 place due to a weaker camera compared to the Huawei Mate 20 Pro, as well as other shortcomings. Firstly, the device is very expensive, and it comes with a cheap and weak charger without Quick Charge support. Do you want to charge the phone quickly – buy a separate charger from Mac for $50.

The second drawback is Amoled screen with artificially twisted brightness. The same display was used in iPhone X, and there it burns out – that’s a fact. On a white background on iPhone’s X display you can see the residual image.

Phones made by Korean brand LG most people don’t take into account when choosing. Meanwhile, LG offers cool flagships that are no worse in quality and performance, and sometimes better than competitive smartphones. A striking example is the LG V40 ThinQ with IP68 and MIL-STD-810G compliant package.

Compliance with MIL-STD-810G means that the phone can withstand low and high pressure, shock, high and low temperatures, exposure to acidic conditions, vibration and freeze / thaw. For a complete list of tests that smartphones take to get the MIL-STD-810G standard, you may see in Wikipedia.

That is, the LG V40 ThinQ is exactly PROTECTED smartphone, which with a high degree of probability will last for a long time even with the most careless use. But the Koreans were not limited in protection and went further. They created a cool tech flagship based on Qualcomm’s TOP processor – Snapdragon 845. Above – an OLED-screen with a size of 6.4 inches, covered with Gorilla Glass 5 glass. It supports the HDR10 standard and received the Always-on Display function.

On the back there are 3 cameras: standard, wide-angle, telephoto. Phone learned to shoot with an optical approximation and capture more space with them. The quality of the photo is high, although it does not reach the level of Huawei Mate 20 and iPhone XS Max. Flagship technologies are included: fast and wireless charging, NFC, cool sound DTS X, NFC.

By the way, if you have no money for a brand new V40 ThinQ, then look towards the cheaper flagship LG G7 ThinQ and the phone from the middle segment LG Q7. They also got IP68 water protection and comply with the MIL-STD-810G standard, therefore, in terms of protection, they are no worse than V40 ThinQ.

For a long time, Google fans waited for the appearance of a new flagship. The new Pixel 3 appeared, so we see now it is cool, but no more. It’s still a camera phone with a great sensor and perhaps the best image processing algorithms, but still Huawei Mate 20 Pro takes better photos. 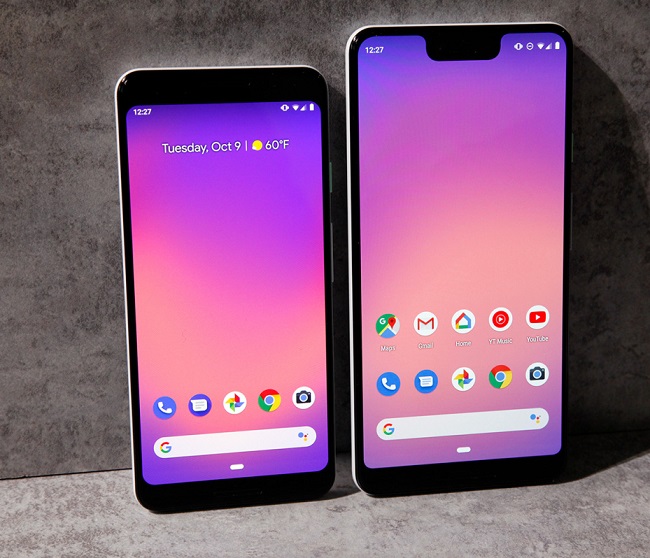 The phone made in a glass case with an aluminum frame in the middle, Gorilla Glass 5 is installed in the back and front, of course, there is IP68 protection. The manufacturer claims that the phone can withstand a dive to a depth of 1.5 meters for half an hour.

Screen – P-OLED size 5.5 inches. Pixel 3 – not a shovel phone, which is a big plus. HDR support and DCI-P3 space coverage is included. Inside – Snapdragon 845 (as in most flagships), behind – only one camera with a resolution of 12.2 megapixels and f / 1.8 aperture; optical stabilization and Dual Pixel technology. Obviously, Google does not change the traditions and still puts one sensor on the back. And while experts and fans expected to see at least a telephoto or wide-angle camera, Google decided otherwise.

But on the front panel there are 2 cameras: with 8 megapixel resolutions and f / 1.8 and f / 2.2 apertures. An additional sensor is equipped with a wide-angle lens that allows getting cool group selfies.

At the beginning of 2018, Samsung released the flagship Galaxy S9 +, which traditionally received a waterproof case for the S line. The device can be put into water to a depth of 1.5 meters, and within 30 minutes it will be in safe. Moreover, the sensor works under water on the S9 + (even on the S8), and the phone even calls. 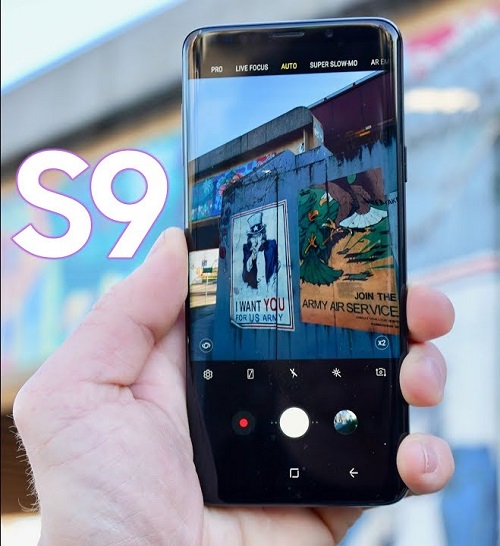 Device is equipped with the best 6.2-inch Amoled screen, covered with gorilla Glass 5 glass, Always-on Display, 3D Touch technology supported, plus the display gets HDR10 standard. Inside – Exynos 9810 proprietary processor with very powerful Mongoose cores and Mali-G72 MP18 graphics. On the back there is a cool 2-module camera. The main received a variable aperture f / 1.5-2.4, optical stabilization and focus system Dual Pixel. An additional sensor is used here for a 2x zoom, it is also equipped with stabilization. In terms of shooting, the device is slightly inferior to the smartphones presented above, but it still is one of the best phones with water protection.